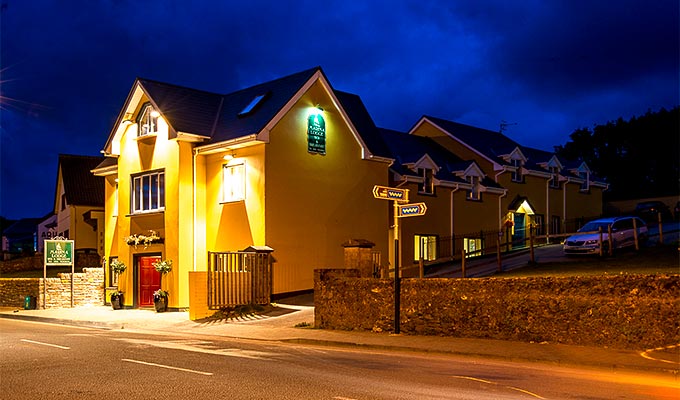 After receiving an email from Dingle Marina Lodge regarding check in which appeared to make the whole check in process quite a hassle for a couple who were simply touring around Ireland without a daily set schedule — we decided to stay elsewhere where we would not be held to a clock and the staff's convenience. Very unprofessional, it appeared. So we booked elsewhere and promptly sent an email cancelling our reservation with Dingle Marina Lodge. We sent this cancellation several days before we event departed for Ireland on March 5. Our reservation was for the 14th. We did promptly receive a confirmation of our cancellation. Matter closed, or so we thought. Now, back in the U.S. after two weeks in Ireland, some 9 days after the cancelled booking, we get emails from this lodge demanding payment for the cancelled booking! Claiming now that we never cancelled, they were trying to process a payment as a no-show! Thankfully, our credit card company would not authorize it as we had let them know our travel dates and clearly, we weren't in Ireland any longer. What followed were a series of tense exchanges while they continued to claim we never cancelled. On our part, we had deleted everything from them, including the original booking — so as not to clutter our travel file with non-relevant emails. Their emails were rude, demanding, and incompetent. They seemed to feel it was our responsibility to prove to them we had cancelled, rather than theirs to have a record of it! Since there had been emails from them and back from us about check in, and then the cancellation — you have to ask yourself what kind of business doesn't keep a record of these things. It is not our responsibility at this point to "prove it" — while they claim ignorance! Nor should I need to spend my valuable time trying to! I thank you for sending me this review request, as this sort of rude and unprofessional behavior makes my blood boil. So much for Irish hospitality at this place. Two points: 1 We travel all the time and know good service and professionalism. 2 I have worked in the hospitality industry for several years in the recent past — at resorts in Vail, Colorado, a state park in Custer, South Dakota, and in beautiful Santa Fe, New Mexico. No employer I ever had would tolerate this kind of conflictive communication and rude, demanding behavior from any staff member for even one guest client. They would be fired. Since this is probably the owner or managers doing this — who 'ya gonna call I then went and looked at their reviews on TripAdvisor and saw many, many complaints of rude and unprofessional behavior by the staff here. Uncooperative, unwelcoming, etc., plus shabby lodging with noisy guests and huge parking issues. Whew! So glad we did not stay! And believe me, we are not paying any phantom fee claiming we didn't cancel! That takes a lot of nerve and a complete lack of customer service skills. Pointed out in other reviews. Total thumbs down on this place. Maryellen Valenzuela - Ireland
Price
Service
Accommodation
Location
Communication
Add a Review